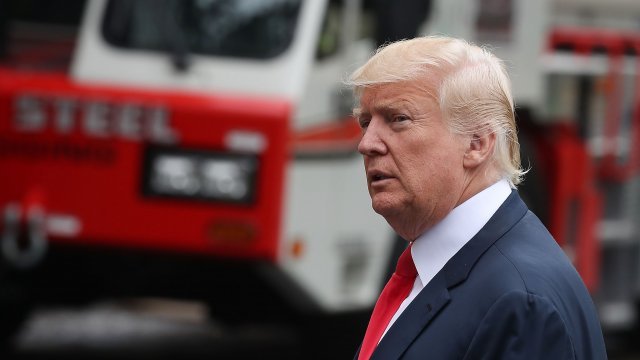 The White House will keep funding the cost-sharing reduction subsidies that help support the Obamacare insurance markets — at least for another month.

The Trump administration says, for now, it will still pay key subsidies that support the insurance marketplaces Obamacare set up — but isn't commenting on the program's future.

It's estimated the government will pay $10 billion in fiscal year 2018 for these cost-sharing subsidies. The White House could simply stop the payments; Trump flirted with doing that during the GOP's push for health care reform.

But a recent analysis from the Congressional Budget Office estimates ending those payments would spike insurance premiums 20 percent by next year and add to the federal deficit.

An official said the subsidies will continue through this month but wouldn't say if the program will still be around in fiscal year 2018.

The subsidies have divided conservative and moderate Republicans: Recent legislative efforts to repeal and replace Obamacare had protections for those subsidies. But conservative Rep. Mark Walker criticized the Trump administration's payouts as "unconstitutional."