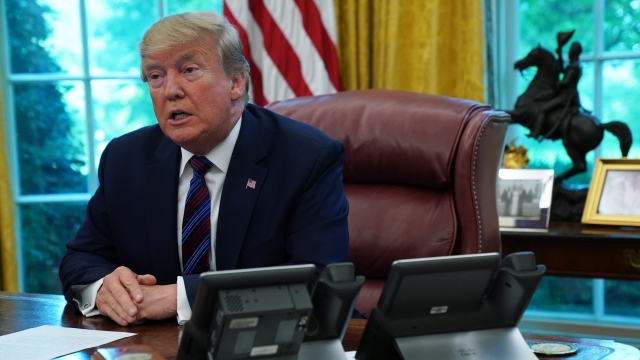 ​An administration official told Reuters there will be a signing ceremony at the White House on Wednesday.

President Donald Trump is expected to sign the U.S.-Mexico-Canada trade agreement, or USMCA, next week.

A Trump administration official told Reuters on Thursday the president will sign the trade deal during a ceremony at the White House on Wednesday.

The USMCA, which replaces the North American Free Trade Agreement, includes new rules on digital trade and stronger labor protections, and requires more car parts be made in North America to avoid tariffs, among other things. Although the leaders of the three neighbor countries signed the agreement back in 2018, House Democrats refused to sign off on it.

After months of negotiations between House Democrats and U.S. Trade Representative Robert Lighthizer, a revised USMCA deal was brought to the House floor for a vote and passed in December. Sen. Chuck Grassley, the president pro tempore of the Senate, signed the pact on Wednesday following its passage in the Senate the week prior.

Once President Trump signs the legislation, Canada will be the only country out of the three that will still need to approve the deal for it to fully go into effect.