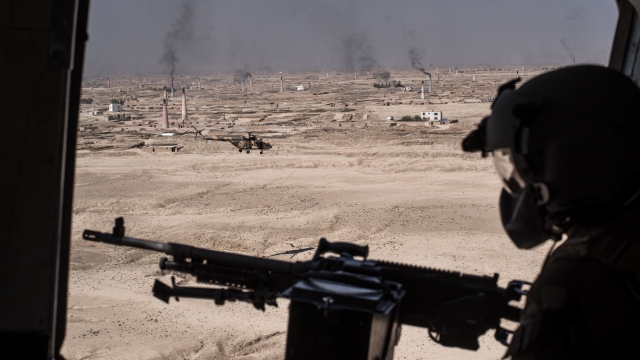 The two sides met in the Pakistani capital of Islamabad on Friday.

The meeting, which is a step in ending the U.S.' longest war, took place in Pakistan's capital, Islamabad. According to an anonymous Taliban official, Friday's meeting "did not represent a resumption of formal negotiations," but was actually a meeting to reestablish trust.

Previous talks lasted almost a year and spanned over nine sessions. In September, President Trump blamed a surge of violence and the death of a U.S. soldier in Kabul for canceling the talks. Both parties were reportedly close to reaching a deal when Trump canceled a meeting with the Taliban at Camp David.

While there is no word on what the next moves are for the Taliban or U.S., an official said moving forward, the Taliban "want all stakeholders." They want "guarantees that any deal done and signed wouldn't be backed out before they resume the negotiations."

A peace agreement between the U.S. and Afghanistan would end an 18-year war and allow more than 14,000 U.S. troops to leave Afghanistan.