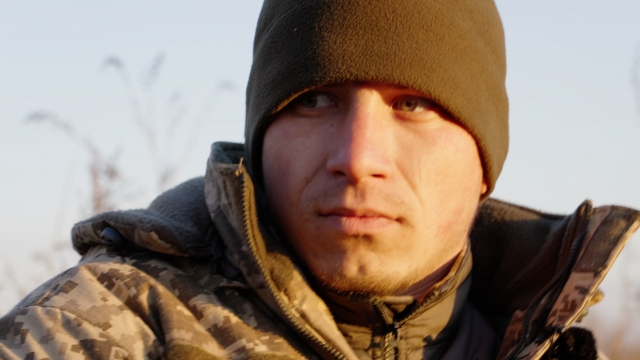 Newsy’s Jason Bellini reports the front in Ukraine has moved East. Ukraine’s 63rd Brigade has moved with it, bringing the pets they've adopted along.

For all the shelling and automatic rifle fire we see on the brutal front lines in Ukraine, so much of war is a waiting game. Ukraine’s 63rd Mechanized Brigade lived in primitive trench hovels, on a tract of land near Mykolaiv, for five months. As Newsy’s Jason Bellini reports, the front has moved East, and no so have they — from one makeshift home to the next, with their adopted pet 'family' in tow.

Zelenskyy: Time's Person Of The Year; Courage 'As Contagious As Fear'

Ukrainian President Volodymyr Zelenskyy was celebrated with two accolades in the same week, one from Time magazine and another from Financial Times.