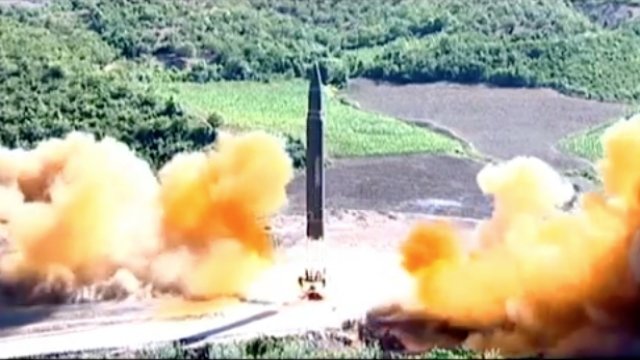 The Pentagon detected the missile around 10:45 a.m. ET Friday.

A Japanese government official says it believes the missile flew about 45 minutes before falling into the sea off Japan's coast.

That means Friday's missile flew about six minutes longer than the intercontinental ballistic missile North Korea launched July 4, which some analysts think had the range to hit Alaska.

This latest test comes after the North threatened a nuclear strike if the U.S. tries to remove leader Kim Jong-un from power.