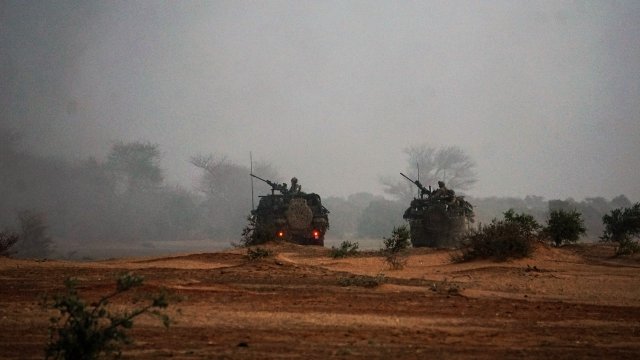 The Washington Post reports villagers said U.S. Army Sgt. La David Johnson's body was found with his wrists bound and a wound at the back of his head.

More details have come out about the attack in Niger that left four U.S. soldiers dead.

Many questions remain about the attack. We know U.S. Army Sgt. La David Johnson was one of the soldiers ambushed in October by suspected ISIS-affiliated fighters. We also know he died and that it took nearly two days to recover his body, which was found nearly a mile from the scene.

Now, The Washington Post reports he might have been executed. Villagers who live near the ambush site told the outlet Johnson's body was found with his wrists bound and a wound at the back of his head that looked like it came from being smashed by something.

Circumstances around the ambush have been under harsh scrutiny. Lawmakers have said they've received insufficient and conflicting information. Officials are still trying to figure out exactly what went wrong.

The Post spoke to an anonymous military official who said Johnson's arms were not tied when U.S. forces received him.

The Defense Department, U.S. Africa Command, the French military and the FBI are all looking into the attack. The Pentagon expects its investigation will wrap up in January.