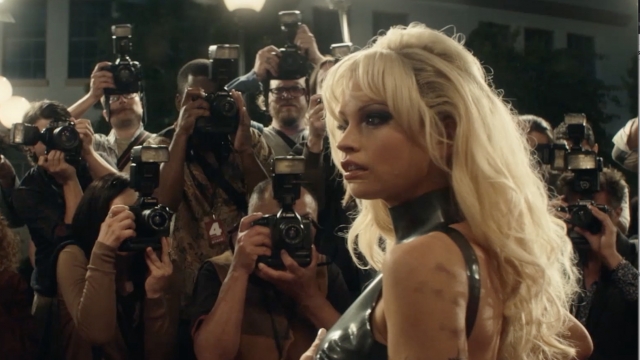 Hollywood loves a "true story" — from glitzy biopics about iconic musicians to buzzy dramas based on real-life scandals. But those true stories can come at a cost.

"Having the life rights is really a legal protection more than anything," filmmaker Johnny Lin said.

"You can think of it as almost like an insurance policy," said Shaliz Sadig Romano, entertainment lawyer and co-managing partner at Romano Law.

"No one needs life story rights to do a movie about anybody," said Bryan Sullivan, entertainment lawyer and founding partner at Early Sullivan Wright Gizer & McRae.

But buying the life story rights from someone guarantees they won't sue studios for defamation, invasion of privacy or publicity rights.

At the same time, life rights can come with exclusive access.

"You're often getting cooperation," Romano said.

"It could include access to diaries, emails, documents, and all sorts of other information," Sullivan said.

"You really have the legitimacy of telling a story," Lin said.

Netflix reportedly paid Anna Sorokin — a New York City con artist who pretended to be a German heiress — $320,000 for the exclusive rights to her life story. That story became "Inventing Anna," one of the platform's most-watched series of 2022.

"It would be imperative that they get actual access to her and exclusive access so that she doesn't go around telling her story to everybody else, undercutting the value of the rights," Sullivan said.

Sorokin was convicted in 2019 of conning $275,000 from banks, hotels and swank New Yorkers into financing her deluxe lifestyle.

The real-life Sorokin was found guilty of grand larceny in 2019, and because criminals aren't allowed to profit off their crimes, the money from Netflix was mostly used to pay back banks and settle fines.

Since then, the fake heiress has been released to house arrest, and she's now working on an unscripted series of her own tentatively titled "Delvey's Dinner Club."

Sorokin is sure to capitalize more on the buzzy coverage of her trial and audiences' curiosities about her life, but that raises this question: How much are life story rights worth?

"It's kind of arbitrary to be really honest," Lin said.

"There is no math to this," Sullivan said. "It is an art form about what they're willing to take."

"It's actually how many bidders you have and how exposed a story is," Romano said.

Experts say life story rights typically made up 2 to 5% of a budget, but the rise of streaming is making the market a little more competitive and upping the price for high-profile stories. If the cost is too high, studios may instead start weighing risk.

"There have been cases where an individual sued a production company or studio, and they lost, and the film was allowed to move forward and there was never a penny paid for those life rights," Romano said.

Movies like "The Hurt Locker" or "Hustlers" led to defamation lawsuits from people who claimed they were portrayed in a negative light. Both of those cases were dropped because the stories were already known, the films didn't use real names or likenesses in their adaptations and, especially for public figures, defamation is difficult to prove.

Last year, Hulu's "Pam & Tommy" told the story about the theft of Pamela Anderson and Tommy Lee's private sex tape. The series caught some controversy because Anderson never gave permission to tell her story, telling Variety, "I was kind of struggling with the idea of bringing this all up again... I just know that I refuse to watch it."

In response to the Hulu drama, Anderson is coming out with her own upcoming docuseries on Netflix called "Pamela: A Love Story." Critics say the series "finally" gives Anderson some agency over her own story. It debuts Tuesday.

The risky deal with celebrity-brand partnerships

Celebrities often make lots of money through corporate deals, but those partnerships can go wrong and get ugly.