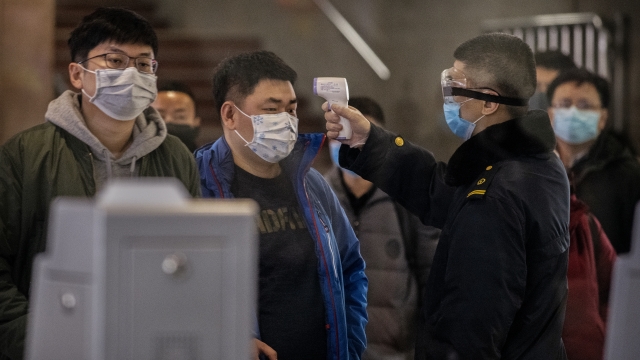 The coronavirus has killed at least 170 people and infected more than 7,900 others.

The World Health Organization is once again considering declaring an international public health emergency over the deadly coronavirus outbreak.

So far, the illness has killed at least 170 people and infected more than 7,900 others. The majority of those cases are in China, but patients have also been confirmed in more than a dozen other countries, including France, Canada, South Korea and the U.S.

"Although the numbers outside China are still relatively small, they hold the potential for a much larger outbreak," Dr. Tedros Adhanom Ghebreyesus, the director-general of the WHO said.

The WHO said earlier in January that it was too soon to declare the outbreak a public health emergency. But that was before human-to-human transmission of the virus was confirmed in several countries outside of China.

Airlines across North America, Europe and Asia have suspended some or all of their flights to China. Multiple countries, including the U.S., have evacuated their citizens from Wuhan, the Chinese city where the virus originated.

A chartered plane carrying about 200 Americans — including diplomats and their families — arrived at a U.S. military base in southern California Wednesday. They were screened multiple times during their trip and the CDC said no one showed any symptoms of the virus.

But the evacuees are being voluntarily quarantined at the base for three days as a precaution. The U.S. State Department plans to fly more Americans out of Wuhan on Feb. 3. Before the outbreak, roughly 1,000 U.S. citizens were living in the Chinese city.