Why Is China Buying Up U.S. Farmland? 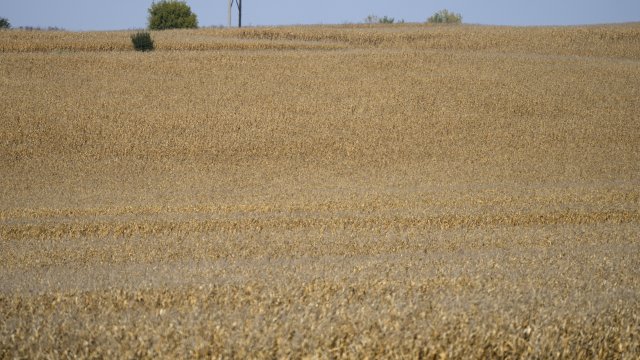 Chinese companies own about 0.2% of American agricultural land, per USDA data.

Farming has been a central part of America since its founding. In the nineteenth century homesteaders settled the American west.

And our farms provide food across the world. In 2021, the government says, U.S. farmers exported $177 billion in products like soybeans, corn, beef and pork.

According to the Department of Agriculture, American citizens own 97% of privately held farmland and forest in the United States.

And recently, the 3% of farmland owned by foreigners has attracted controversy, specifically concerning China.

China lacks farmland and has struggled to secure food for its 1.4 billion citizens.

That has driven overseas investments in food, including the purchase of Virginia-based pork producer Smithfield Foods and partnership with Growmark, a grain logistics firm.

Chinese companies own about 0.2% of American agricultural land, per USDA data.

But some lawmakers say Chinese firms shouldn’t own American farmland at all.

If this sort of farming succeeds, it could help ease competition for land between renewable energy production and agriculture.

In a July letter to the Agriculture Department 19 Republican lawmakers said China commits “intellectual property theft” and has been prosecuted for attempting to steal U.S. seed DNA information

Fourteen states limit in some way the foreign ownership of farmland, according to the National Agricultural Law Center.

But in Grand Forks, North Dakota, the issue has recently brought national attention and controversy.

In fall of 2021 the city proudly announced the sale of land to a Chinese owned conglomerate: Fufeng USA.

The North Dakota Corn Growers Association said they were “excited” about the project, but local opposition has been strong

The corn mill will sit about 15 miles from an air force base. On cable channels including Fox News, politicians have raised concerns about espionage.

In July, politicians requested that the Federal Committee on Foreign Investment in the United States investigate the sale. The committee is now looking into the purchase.

The company and city officials, meanwhile, say the plant is not a national security threat.

But while the federal inquiry is underway, some construction steps will stay on paper — for now.