What Exactly Is Bill Clinton Inc.? 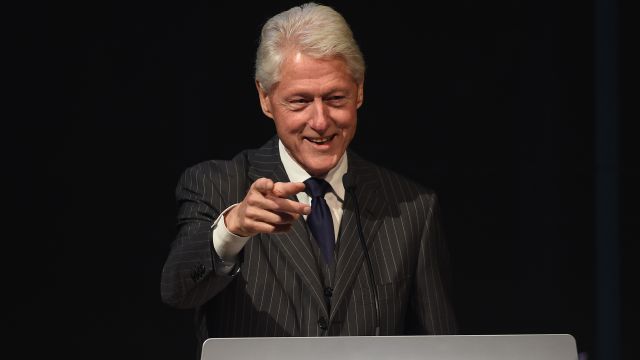 A leaked memo details the intersection of Bill Clinton's charity and his for-profit work.

Election season is almost over, but WikiLeaks is still springing surprises on the Clinton campaign.

The site's latest revelation involves a memo from Doug Band, one of Bill Clinton's former advisers. In it, Band talks about the connections between the Clintons and his consulting firm, Teneo.

Several of Band's Teneo clients were encouraged to donate to the Clinton Foundation. Band also helped line up paid speeches for Bill Clinton with Teneo partners — an activity he dubbed "Bill Clinton Inc."

None of this appears to be illegal, but it does look like a conflict of interest — and it confirms some negative perceptions about the way the Clinton family leverages its political clout for wealth.

The memo ties into a minor dust-up between Band and Chelsea Clinton, also publicized by WikiLeaks, over conflicts of interest at the Clinton Foundation. When Chelsea Clinton pushed for more transparency at the foundation, Band called her a "spoiled brat."

SEE MORE: Probably The Biggest Issue With The Clinton Foundation Is Perception

The Clinton campaign has been reluctant to confirm the authenticity of any material released by WikiLeaks. But in this instance, Teneo released a statement seemingly confirming the memo's authenticity, saying it "clearly shows that Teneo never received any financial benefit or benefit of any kind" from fundraising for the Clinton Foundation.