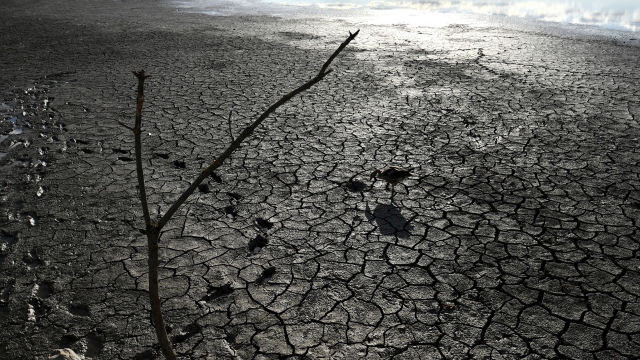 It's no secret the past few years have been hard on the planet as it deals with increasing effects of climate change.

When it comes to weather extremes and how that can and has impacted humans, it's not just damage to infrastructure to worry about. For example, extreme heat events have been shown to trigger heat strokes, while extreme cold can cause heart attacks. In fact, recent research has shown that about 1 in 100 heart disease fatalities are linked to extreme weather events.

There are also impacts that are harder to observe but are just as noteworthy. One example is climate anxiety, which is affecting a growing number of Americans.

Ray is the author of "A Field Guide to Climate Anxiety," which focuses on the effects of climate change on late millennials and Generation Z Americans, whom Ray calls the "climate generation."

How A Changing Climate Is Changing Our Summers

Chronic stress can take a huge toll on people, and research shows climate anxiety may affect the risk of developing depression, anxiety, and even substance use disorders.

More than two-thirds of Americans experience some climate anxiety, according to the American Psychological Association. Another survey found that 84% of children and young adults from ages 16 to 25 are at least moderately worried about climate change, and 59% of them would say they are "very" or "extremely" worried.

Young people are the ones who are supposed to inherit this planet, but they're worried there won't be much left to inherit. And those worries are not unfounded.

In 2021, UNICEF estimated that at least 1 billion children are at "extremely high risk" to feel the effects of climate change, both the physical and mental toll. That's especially true for children in the Central African Republic, Nigeria and Guinea. Stateside, many Americans have gone so far as to avoid having children because they fear their kids would bear the brunt of climate change.

In recent years, many developing countries have been the hardest hit by climate disasters, with long and challenging recovery times hurting their prospects to bounce back and work to prevent future disasters. Last year's catastrophic flooding in Pakistan affected more than 30 million people, and experts say it could take more months, if not years, for Pakistan to recover.

Developing countries often blame western nations like the U.S. for their historical emissions, claiming the climate challenges they face are a consequence of the nation's past recklessness with emissions. Many studies support these claims and show that while climate change is a global problem, the effects are not equally distributed.

"People who are closer to climate disasters, things that will be impacted much more greatly by climate change — those are people who are already existing in structures of oppression," Ray said.

In the U.S., studies have found that Black, Latinx, Native American and other economic and racial minority groups in America are disproportionately impacted by climate change compared to their White counterparts.

So, how exactly can humans counter climate anxiety? Experts like Ray say the answer lies in how one thinks about the problem of climate change.

"We often think of climate change as such a big problem and ourselves as too small or too powerless to do anything about it, and that is really going to be a self-fulfilling prophecy," Ray said. "So perceiving ourselves as far more powerful than we think ourselves to be and perceiving the problem of climate change as much more touchable, those two things in tandem would sort of right size the problem and allow us to feel more empowered to to grapple with that."