Puerto Rico Is Still In An Energy Crisis 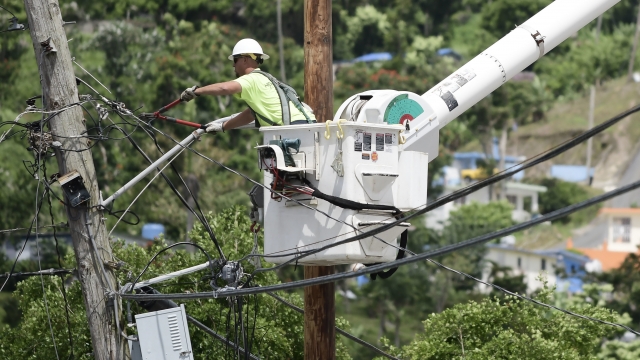 As Americans are frustrated with high electricity bills, other U.S. territories are seeing double the costs coupled with less accessibility to power.

Americans all across the country have felt the sharp rise in electricity and gas bills.

This past September, electricity costs jumped the highest amount in 41 years due to factors like economic rebounds from the pandemic, the extra hot and humid summer and autumn months, and Russia's ongoing war in Ukraine affecting the global energy market.

But some U.S. citizens are feeling that pinch more than most, and they often get left out of the conversation around the nation's energy crisis.

U.S. territories in the Caribbean have been suffering through a years-long energy crisis that predate the pandemic but were exacerbated this year. Puerto Ricans, for example, now pay about twice as much as the average American for electricity, and in an exclusive interview with Newsy, Gov. Albert Bryan of the U.S. Virgin Islands shared their struggle with prices as well.

"The Virgin Islands been in an energy crisis for quite some time; I think it's hitting a head now," Gov. Bryan said. "Right now, Americans on the mainland pay... between 10 and $0.12 a kilowatt hour. We're paying $0.63 a kilowatt hour."

So, what exactly is happening to make prices so high in the Caribbean, and why does it seem so hard to fix? 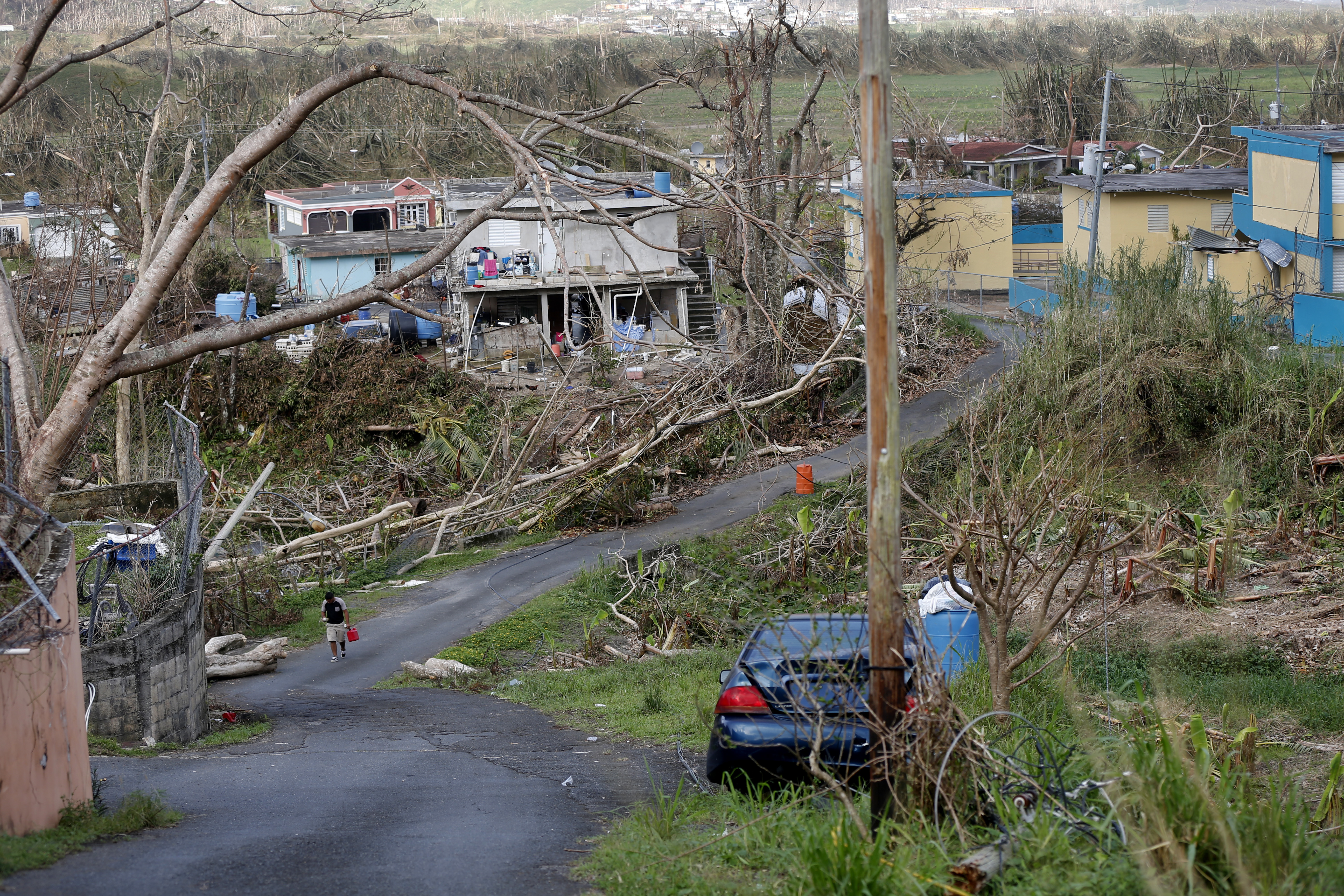 In 2017, Hurricanes Maria and Irma destroyed a massive amount of infrastructure on the islands. At the time, a number of residents complained the islands were long neglected for aid, which is a long-running problem across U.S. territories.

The distribution of funds was further delayed by the government shutdown in 2018, and the Trump Administration placed restrictions on aid to Puerto Rico that were only lifted in early 2021.

These delays have hampered progress for years. Three years after the storms hit, thousands of residents were still living under "temporary" blue tarps waiting for their roofs to be fixed. In Puerto Rico, the private energy company LUMA only broke ground on its first FEMA-funded project in the summer of 2022 — half a decade after Maria and Irma ravaged the island.

These storms killed thousands and left thousands more without power or water for months, which increased the death toll even more.

Eventually, the federal government earmarked about $65 billion for disaster relief and to rebuild the electrical infrastructures in Puerto Rico, but only $20 billion of that has been paid out. Plus, any of the "fixes" have been criticized for being temporary or poorly constructed.

The island moved to solar energy after hurricanes blew away its power grid.

"I think it's a situation where we suffered so long, we think it's normal," Gov. Bryan said. "We laugh when people go without power for 24 hours in the states, and it's an outrage. In two separate hurricane incidents, I lost power in September, and I got power in November. I mean, three months without power."

Thanks to bureaucratic red tape and the mix of private and public control over the energy grids, there are a couple of different factors behind the stagnation. Many blame several groups — from FEMA, to the HUD, to LUMA.

"We have $2 billion of HUD funds that's sitting there," Gov. Bryan said. "We still have some ARPA funds, but the technicalities around using money, that you have to address the most serious problems, are the things that I'm up here in Washington to explain to our representatives. Don't be wrong; we've got a lot of money, but now we need the flexibility in order to use that money."

So, much of the aid is being held up, leaving the islands still recovering from year-old storms and trying to prepare for the next ones.

Another huge factor to consider is that natural gas and petrol still generate the vast majority of electricity in the region — up to about 80% in Puerto Rico — and that's all dependent on imports, which drives up prices to begin with.

That's part of the reason why many analysts and recovery efforts have been focusing on one major solution to the island's energy grid problems: going solar.

Newsy explored this last year in venturing down to Puerto Rico for "In Real Life."

"To electrify our country using our own resources, using new technology — it's a path to democracy. It's a path to energy justice," Augstín Irizarry-Rivera, professor of electrical engineering at the University of Puerto Rico, told Newsy. "Everyone has the capability to produce enough energy to survive after furious hurricane; that did not happen. We lost 5,000 people after hurricane Maria. That should never happen again."

Solar panels have surprisingly excellent records for withstanding heavy storms and hurricanes. The panels are built to handle all kinds of thrown objects and stay bolted to roofs.

Some states have requirements for durability tests for panels, like in Florida where solar installations have to withstand 160 mph winds at minimum. For Houston, Texas, which was hit by Hurricane Harvey in 2017, that speed is 110 mph.

After Hurricane Sandy in 2012, one assessment report from solar panel companies in New Jersey found barely any panels ended up needing repairs. When Hurricane Florence in 2018 shut down some fossil-fuel plants in North Carolina for weeks, solar panels were able to come back online just a day after the storm.

This is why Gov. Bryan believes a shift to solar would not only help the islands become energy independent but could keep the island from hitting a total standstill after major storms.

"Right now, we're trying to get it to a place where our energy sector becomes a renewable one, and then we can look at privatizing or doing the things that allow us to give them the energy independence you need," Gov. Bryan said. "Then the next part, we have a really huge project that takes us almost 50% renewable with solar, and that can get done within the next year, year and a half. So I'm very hopeful about the potential to overcome the energy crisis once and for all."

The long-running energy crises in these U.S. territories are a clear example of how chaotic disaster relief can be and how complicated and time-consuming repairing and updating an energy grid is. But as Americans are facing some of the high prices and blackouts many on the islands have become accustomed to, one can hope the urgency of the problem might finally get more attention in Washington.