Here's What To Expect As Trump's Impeachment Trial Gets Underway 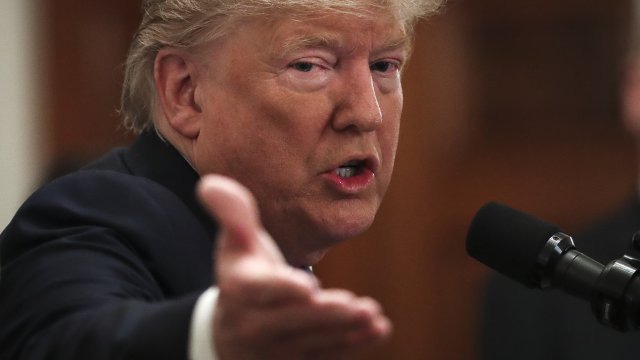 The trial technically kicked off on Thursday after the two articles of impeachment against President Trump were transmitted to the Senate.

Weeks after the House voted to formally impeach President Donald Trump, the next step in the process is finally getting started. Here's what we can expect as the Senate conducts the third impeachment trial in American history.

The trial technically kicked off on Thursday after the House transmitted the two articles of impeachment against President Trump to the Senate. Lead impeachment manager Adam Schiff read the articles on the Senate floor, and Supreme Court Chief Justice John Roberts, along with members of the Senate, were sworn in. Roberts will preside over the trial.

Now that those ceremonial formalities have been completed, the main part of the trial will get underway on Tuesday. The Senate will vote on a critical resolution that sets the rules for how the trial will be conducted.

Then, arguments can take place. Senators will hear from the House impeachment managers, who will act as prosecutors, and President Trump's defense team, which will be led by White House counsel Pat Cipollone.

This part of the trial could continue into February, depending on if any witnesses are called. That's currently a big point of contention across party lines.

Democrats are looking to call at least four witnesses, including former National Security Adviser John Bolton. But Republicans want a speedy trial and say calling witnesses will only delay the inevitable — that President Trump will be acquitted.